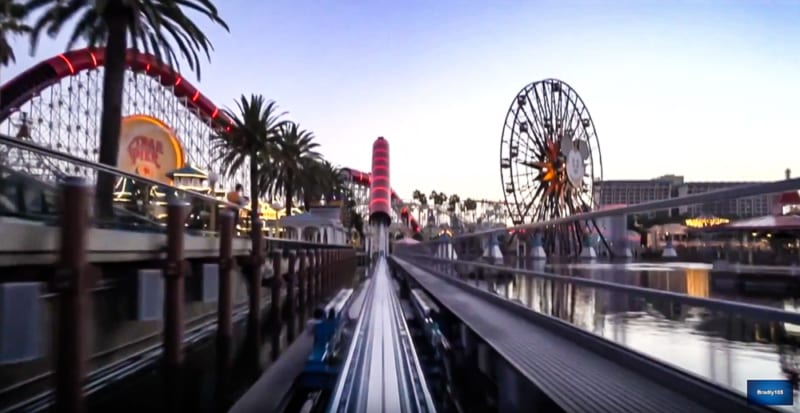 The new Pixar Pier is set to open this Saturday June 23, and the most anticipated part of that is seeing the Incredicoaster.  Finally we have the first POV ride video of the Incredicoaster in action at Disney California Adventure after some members of the media were given access.

The Incredicoaster is an Incredibles-themed reimagined version of the California Screamin rollercoaster and it soars over Pixar Pier introducing guests to new and exciting surprises along the way.  There are a lot of additions guests will love as they try to help the Parr family get baby Jack-Jack back after he ran away from Edna Mode.  In fact there are a bunch of new show scenes all built around the Parr family from The Incredibles which tell the story.

Here’s a look at POV Ride video of the Incredicoaster:

Here’s a look at the trains… 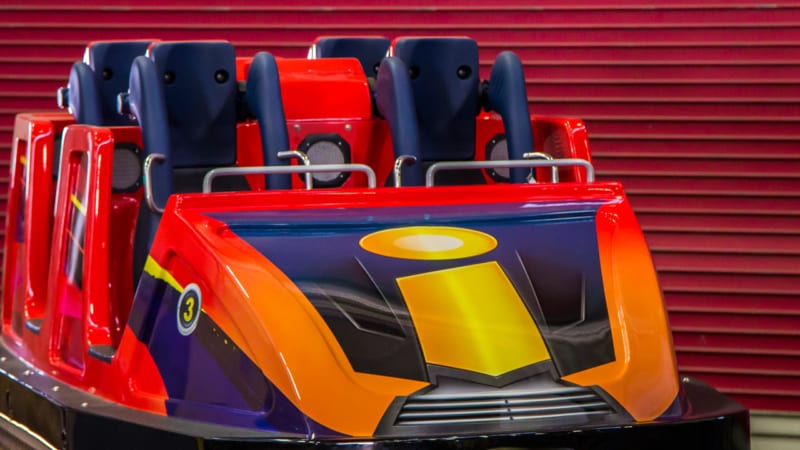 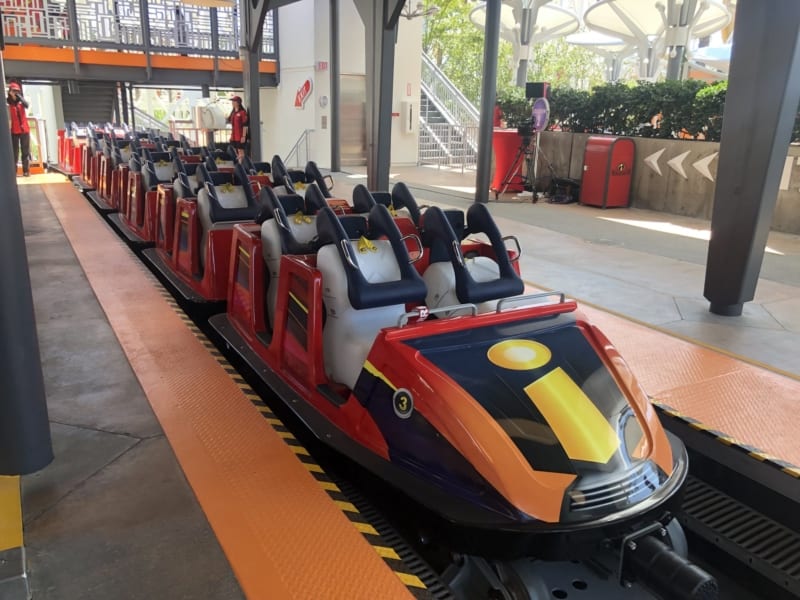 Overall it’s basically the same ride as California Screamin was just with a few show scenes from the Incredibles added on top.  That’s the only way they were able to do such a fast refurbishment, which seem to happen more often in Disneyland than in WDW for some reason.  Disney is hoping to strike gold twice in 2 years after the Guardians of the Galaxy Mission: BREAKOUT! becoming the most popular attraction at the Disneyland Resort since last year.  I don’t think the Incredicoaster will have the same impact but it looks fun nonetheless…

I do think the fact that the Incredicoaster actually has a storytelling element to it, already puts it ahead of California Screamin’ which was nice, but something you can find at any theme park around the country really.  For that reason alone it’s an upgrade imo.

Be sure to tune in for all the new Pixar Pier coverage coming this weekend, I’ll be updating the pages with links to all the new information so keep checking back for more!

I want to know what you think about the first look at the Incredicoaster POV ride video.