Surprise Coming to Pandora: The World of Avatar for Animal Kingdom’s 20th Anniversary 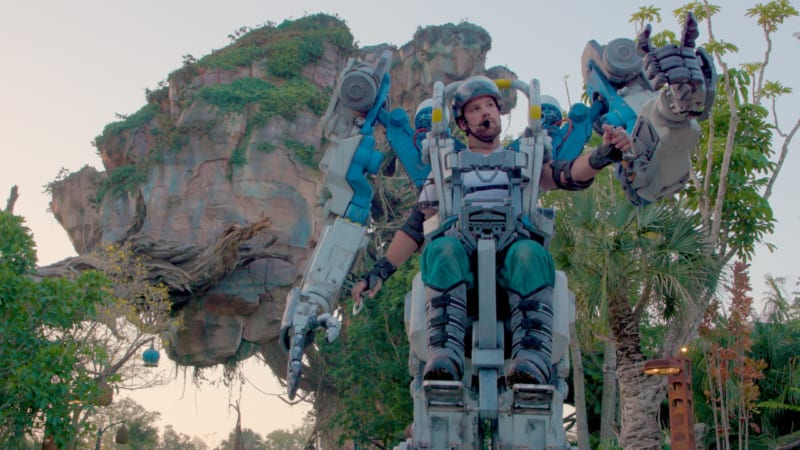 If you’ve seen Avatar, you know that one of the coolest parts of the film are the big mechanical walkers which are used in various forms on Pandora.  Well, there’s a surprise coming to Pandora for Animal Kingdom’s 20th Anniversary.  Today Disney shared a video on the Disney Parks blog showing a full-size walking Amplified Mobility Platform (AMP) character, and it’s coming to Pandora: The World of Avatar.

Disney said something special is coming to the Animal Kingdom on April 22, 2018, which just so happens to be  the park’s 20th anniversary.  It’s obvious this figure is some kind of new entertainment that will be found in Pandora.

UPDATE: They also released a behind the scenes video showing how they made the suit!

I love this idea and I love the fact that Disney is continuing to develop new experiences and entertainment for Pandora: The World of Avatar.  It is also a cool thing to see an AMP walking by and helps kill some of the 3 hours you still have to wait in line to to get on Flight of Passage.

I can’t wait to see one for myself!

Make sure to tune in for all the Animal Kingdom 20th Anniversary Celebration Coverage right here!

I want to know what you think about the surprise coming to Pandora: The World of Avatar for the Animal Kingdom’s 20th Anniversary.