The Orange Country Register just released some detailed blueprints for Star Wars Galaxy’s Edge in Disneyland, which show the entire layout of the new planet Batuu, and all of the attractions, shops and restaurants that are found within the land.  Most of the info we have known for a while, but there was some very interesting new stuff we got from these new blueprints!  Just for the record up to this point we believe both the Disneyland and Hollywood Studios versions of Galaxy’s Edge are going to be exact copies of each other, so what is revealed in these blueprints for Disneyland should also be the case on the East Coast.

Here are the Galaxy’s Edge Blueprints: 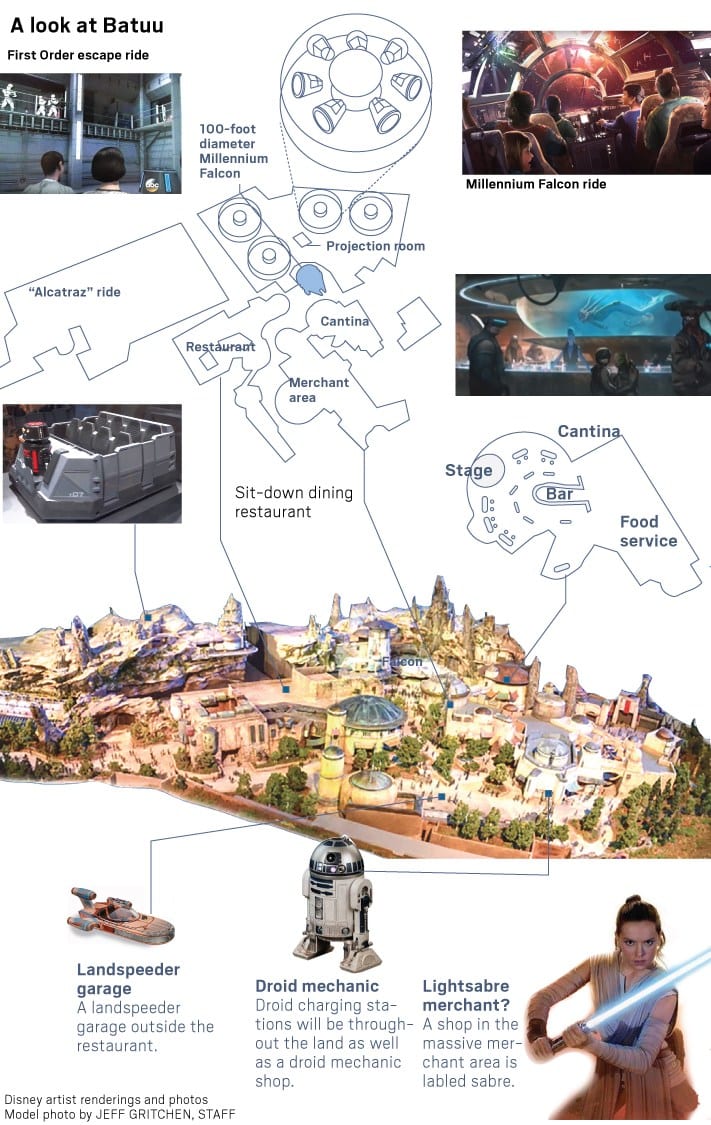 What did we learn from the Star Wars Galaxy’s Edge Blueprints?

That’s a whole lot of info about Galaxy’s Edge and we are eating up all the details.  Of course like any plan, the blueprints are not set in stone.  These could be modified at any time, but it sounds amazing so far!!  We just have to wait till 2019 opens and it all becomes reality!

I want to know what you think about the Star Wars Galaxy’s Edge Detailed Blueprints.  What do you think of the layout?  Let us know in the comments section below!