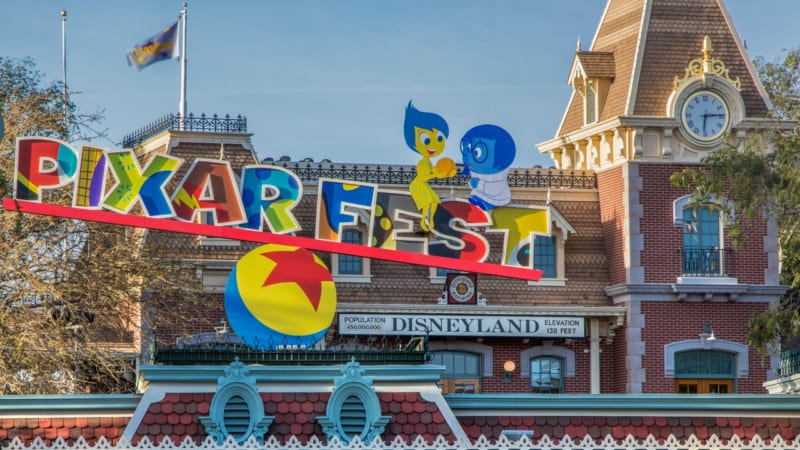 We’ve been excited about it since the announcement at D23 Expo 2017, and the first ever Pixar Fest is now open in Disneyland Resort this weekend!

From now through Sept 3, join your favorite Pixar characters as they celebrate in Disneyland and Disney California Adventure.  Experience the new “Together Forever – A Pixar Nighttime Spectacular” fireworks, the return of the popular “Paint the Night” parade and “Pixar Play Parade,” as well as brand new atmosphere entertainment, themed eats and treats, limited-time merchandise and more!

Here’s a look at what to expect when visiting Pixar Fest:

All the reviews have been really positive so far for Pixar Fest, and even though we are only at the first weekend I think it can be considered a success.  Then as the Summer continues, we will have more additions to Pixar Fest in including the new Incredicoaster which is taking over the old California Screamin’ coaster.  Expect that to open June 23.

We also just heard that Edna Mode will be coming to both Disneyland and Disney World.  She’ll be stationed in Tomorrowland at Disney’s Magic Kingdom during the Incredible Tomorrowland Expo and in Disney California Adventure in Disneyland as part of Pixar Fest.

If you are a foodie, then Pixar Fest is the place for you as there are a ton of limited-time specialty snacks to try!

I want to know what you think about Pixar Fest now open in Disneyland.