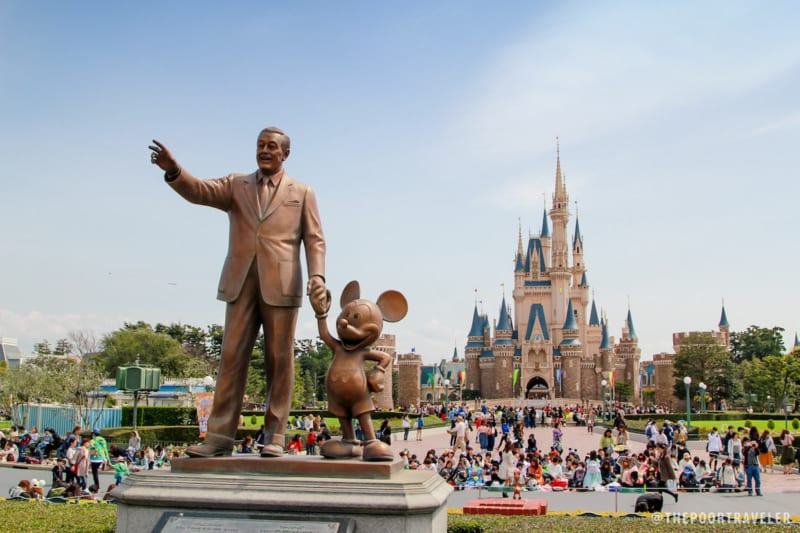 Do you wonder why the Japanese Disney Parks are widely considered to be the very best in the world?  It’s because these guys know how to get it done!  Even though Tokyo Disneyland is currently in the middle of an expansion doesn’t mean it doesn’t want another one.  Today the Kydo News is reporting that Tokyo Disney Resort is planning a $2.7 Billion expansion to both Tokyo Disneyland and Tokyo DisneySea.  The inspiration behind this new Tokyo Disneyland expansion seems to the the Oriental Land Company looking to invest about 300 billion yen and increase the Tokyo Disney parks by 30%.

UPDATE: The expansion to Tokyo DisneySea is called Fantasy Springs and will have 4 new attractions and 3 themed areas.

According to this report, the current resort parking lot will be replaced, by a multi-level garage, allowing for additional space in the park.  Keep in mind that Disney doesn’t own the Tokyo Disney Resort outright and shares ownership with the Oriental Land Company.  The OLC has already begun negotiations with Disney about the expansion, but it’s still going to be a long ways away till we find any details out as the Tokyo Disneyland Expansion isn’t expected to begin until 2025!

One detail though about the expansion is a potential Japanese-themed area, which in theory would attract more foreign visitors to the Tokyo Disneyland Resort.

Currently the Tokyo Disney resort is in the middle of a $670 Million expansion which is adding an expansion of Fantasyland including a Beauty and the Beast themed area with not only a new restaurant probably similar to Be Our Guest, but also a major attraction too!  Besides the Beauty and the Beast Land, they’re also adding a Big Hero 6 attraction and a Minnie Mouse Design Studio.

I want to know what you think about Tokyo Disneyland Planning a new expansion.  What would you like to see come to the Tokyo Disney Resort?  Which International Expansion are you looking forward to the most?  Let us know in the comments section below!

Disney Back in Talks with Fox to Buy Studio and Film Properties
← Previous
Liu Yifei Cast as Mulan in Disney's Live Action Remake
Next →
Comments are closed.