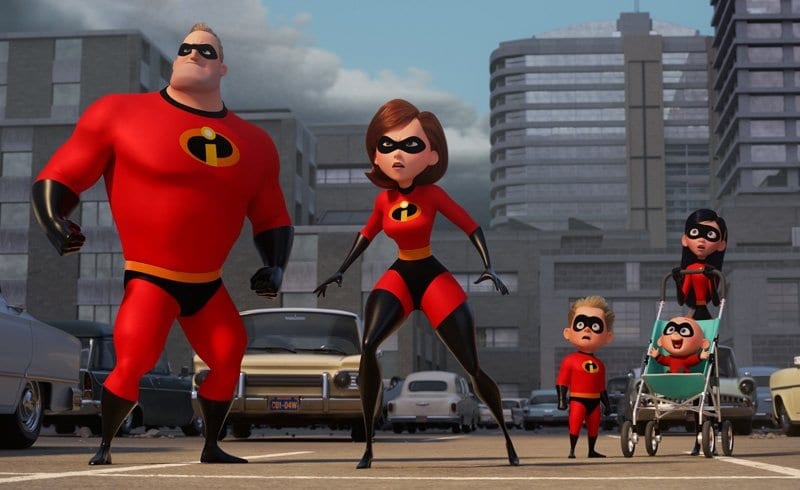 After a disappointing opening for Solo: A Star Wars Story, the Mouse House is back on track after the debut for Incredibles 2 broke Box Office records in its first weekend.  Incredibles 2 brought in an estimated $180 million at the domestic box office which sets the record for highest debut for an animated film, beating out 2016’s “Finding Dory.”

But the Incredibles 2 success is not only limited to the animated genre as its $235 million worldwide box office opening is 3rd so far for 2018, behind only “Avengers: Infinity War” and “Black Panther”, oddly enough also under the Disney label.  Incredibles 2 also has the 8th biggest opening weekend of all-time and 2nd highest ever for June.

This is a win for Disney-Pixar who has been through somewhat of a rocky time in their animation department as studio head John Lasseter, who was accused of sexual misconduct, is leaving the company at the end of the year.  Lasseter has been the stable force behind many of Walt Disney Animation and Pixar hits, so the huge opening for Incredibles 2 at least is some positive momentum for the studio moving forward.

Disney is also looking forward to some more potential big hits the rest of the summer with “Ant-Man and the Wasp” coming in July, and “Christopher Robin” in August, not to mention Wreck-It Ralph 2 in November and Mary Poppins Returns in December, all of which are on our list of must-see films in 2018!

I want to know what you think about Incredibles 2 breaking Box Office records in its first weekend.