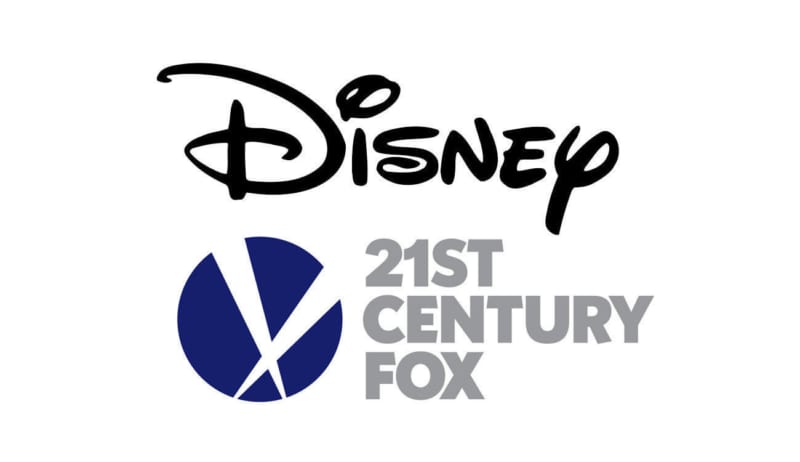 For the last month we’ve been on pins and needles waiting for a deal between Disney and Fox to be finalized, and now it has.  Today it was announced that Disney has bought 21st Century Fox in an all-stock deal for $52.4 Billion.  The Disney-Fox Deal comes with Fox’s TV and Movie Studios and Film Catalog, the FX Networks, Nat Geo Channels group, 22 regional sports networks, Fox’s collection of international channels, including Star India, and its 39% stake in Sky.  The Fox Broadcasting Co, and National Fox Sports and News are not included.  Disney also will buy Fox’s stake in the Hulu video streaming service, giving it majority control of a competitor to Netflix.

As requested by Fox in the deal and already speculated upon, Walt Disney Company CEO Bob Iger will renew his contract and stay on at Disney through 2021.  This will be crucial in Disney being able to properly manage the newly acquired assets from Fox into their portfolio.

Fox owner Rupert Murdoch had this to say: “I’m convinced that this combination, under Bob Iger’s leadership, will be one of the greatest companies in the world. I’m grateful and encouraged that Bob has agreed to stay on, and is committed to succeeding with a combined team that is second to none.”

This obviously has huge ramifications for Disney and the rest of the entertainment industry as the Mouse House just got even more powerful.  Some of the properties that Disney will now have under its ownership are: X-Men, Avatar, Fantastic Four, Deadpool, The Simpsons, Planet of the Apes, Modern Family, The Americans, and more.  This adds to Disney’s already great catalog of IPs for its upcoming streaming service in 2019 which already includes, Pixar, Marvel, Star Wars and content from Walt Disney Studios.  Netflix just got a little more worried.

In a statement by Disney CEO Bob Iger regarding the acquisition, he stated, “The acquisition of this stellar collection of businesses from 21st Century Fox reflects the increasing consumer demand for a rich diversity of entertainment experiences that are more compelling, accessible and convenient than ever before. We’re honored and grateful that Rupert Murdoch has entrusted us with the future of businesses he spent a lifetime building, and we’re excited about this extraordinary opportunity to significantly increase our portfolio of well-loved franchises and branded content to greatly enhance our growing direct-to-consumer offerings. The deal will also substantially expand our international reach, allowing us to offer world-class storytelling and innovative distribution platforms to more consumers in key markets around the world.”.”

Fox’s Rupert Murdoch echoed those sentiments, saying, “We are extremely proud of all that we have built at 21st Century Fox, and I firmly believe that this combination with Disney will unlock even more value for shareholders as the new Disney continues to set the pace in what is an exciting and dynamic industry. Furthermore, I’m convinced that this combination, under Bob Iger’s leadership, will be one of the greatest companies in the world. I’m grateful and encouraged that Bob has agreed to stay on, and is committed to succeeding with a combined team that is second to none.”

Still not yet known is what role Fox CEO James Murdoch will play in all this.  Some have speculated he was included in the deal and will go to Disney serving to manage the acquired Fox assets.  That would make sense since he’s so familiar with them, but we’ll have to wait and see.

Other companies like Comcast were initially interested, but in the end the Walt Disney Company just made the most sense from both sides.  I love this deal, and I especially can’t wait to see X-Men and the Fantastic Four be brought back to their rightful home in the Marvel Cinematic Universe!  I think this deal is just the cherry on top of Bob Iger’s legacy and sets up Disney in an ever-increasingly difficult market for decades to come.

I want to know what you think about the Disney buying Fox.  Do you like the move?  What IP are you most happy about that Disney now has?  Let us know in the comments section below!