Disneyland’s famous Club 33 is coming to Walt Disney World in 4 locations around the resort and today we’re going to look at the Club 33 Magic Kingdom construction project.  Make your way over to Adventureland and there you will see this massive undertaking happening.  From these latest photos from @Bioreonstruct, you can also see what appears to be the Club 33 Fireworks Viewing Area taking shape at the Adventureland Veranda.

Let’s have a look: 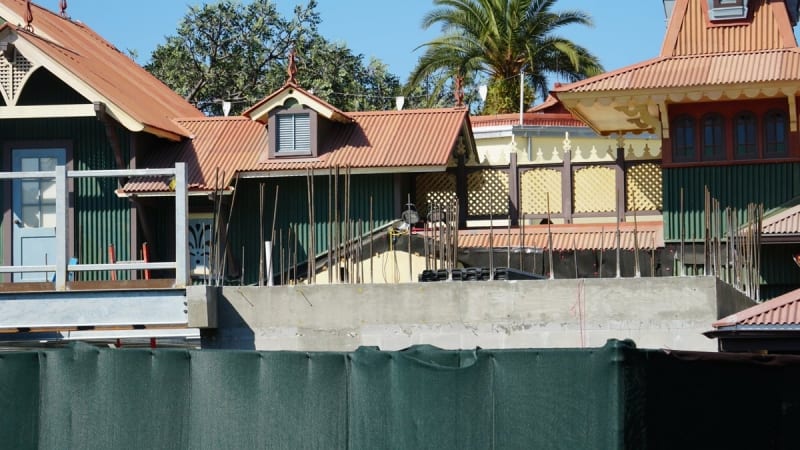 Most of the lower work now is not visible because of the big green construction fence around the project: 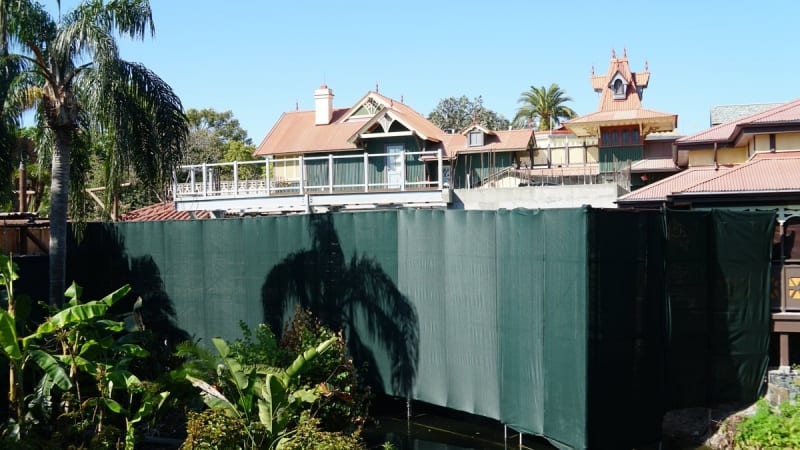 However if you look over to the left side of the structure you can see what appears to be a balcony forming out of the steel.  We know that one of the selling points for all the Club 33 locations in Walt Disney World is that they will have amazing fireworks viewing areas. 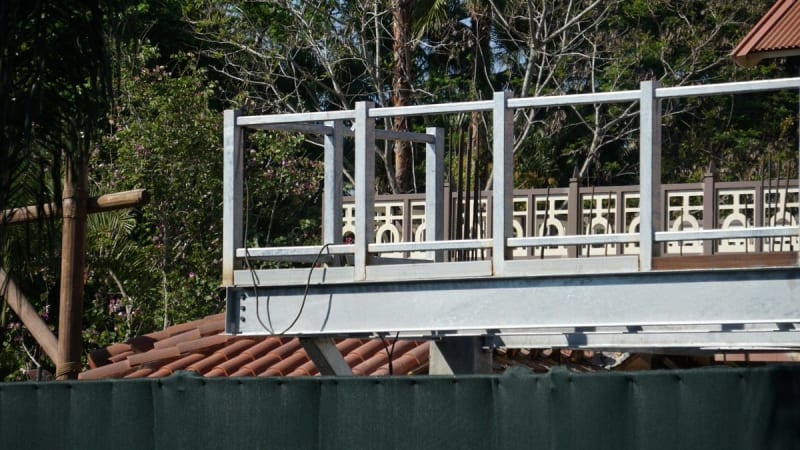 I myself was wondering how that was going to work at the Adventureland Veranda location because the building is so low and would be blocked from having a good view of the fireworks.  However if they built a nice large balcony over the water there, well that would solve everything!

Recently we’ve seen 2 other Walt Disney Club 33 locations all but confirmed.  One is in Hollywood Studios at the old Catwalk Bar by the Hollywood Brown Derby. The other is going in the American Adventure pavilion in Epcot to the right of the attraction when facing the building from the outside.  In both locations similar doorbells were installed outside the doors with scanners which will give Club 33 guests access.  The last location will be in Disney’s Animal Kingdom Park and is rumored to be going behind Tiffins restaurant near the entrance to Pandora.

We’ll continue to keep you updated on any more Club 33 construction progress around Walt Disney World, as well as the thousands (at least it seems that way right now) of other projects currently being built through the resort!

I want to know what you think about the potential Club 33 Fireworks Viewing Area at the Adventureland Veranda.