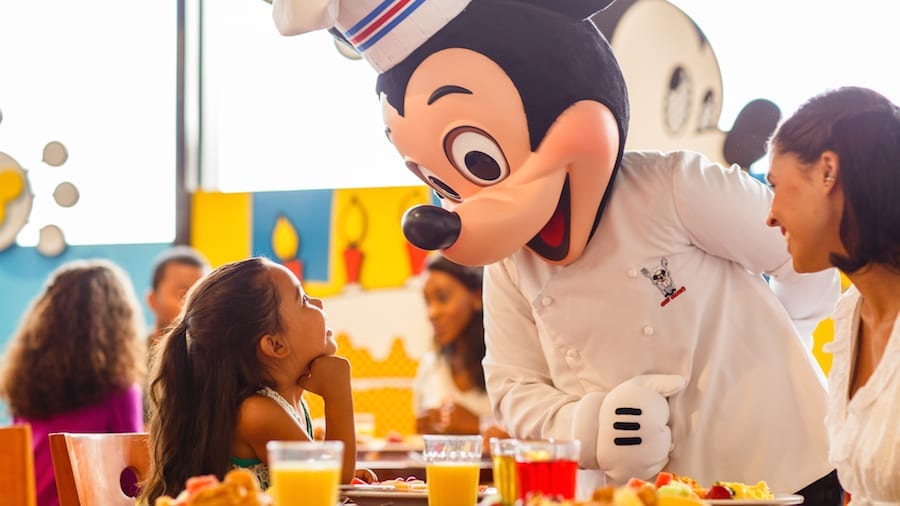 It was just reported from our friends over at wdwinfo.com that there are possibly 3 Character dining restaurants increasing in price.  They are: Chef Mickey’s, Tusker House and Akershus.  Previously they were listed as a one-dining-credit and now it’s being reported they were being listed as two-dining-credit restaurants for both lunch and dinner.

Some people called up Disney about the change and they were told it was just a computer error and they will remain one credit offerings but I’m not so sure about it.  Besides the two-credit fiasco, it’s also been rumored that starting October 2nd all three restaurants will increase their price for a lunch or dinner buffet up to $59.99, where as right now it’s listed as $35.99-$59.99.  Disney does change their prices depending on the season, but it’s not clear if that’s a year-round price or the seasonal high.

Either way both of these changes if true to me are a bit ridiculous!  I’m already not a big fan of Chef Mickey’s and if the price/dining credits change is true I would advise you to avoid it pretty much altogether as it isn’t a good bargain for your money at all.

Also it saddens me to see that with the Tusker House also.  To me it was one of the best Disney Character Dining restaurants, offering one of the best buffets in WDW and for a reasonable price of only one dining credit.  Again if the change is true I would have to re-think it.

Disney recently has seen dramatic price increases lately and sometimes it seems very penny-pinching with customers that for the most part come back year after year.  Character dining is one of the coolest experiences in Disney, especially for little kids, I remember going so many times with my family and all the great memories we had.  I hope they slow down on the price increases or it will become very difficult for many families to enjoy the Walt Disney World experience like they should be able to.

[…] a little while ago I reported that possibly 3 Character Dining experiences increasing in price and were going to require 2 dining credi….  They were Chef Mickey’s, Tusker House and Akershus.  It appeared this way on […]

[…] 3 Character Dining Restaurants Increasing in Price? – There was also a rumor last week that 3 popular Disney Character meals were going up in price: Tusker House, Akershus and Chef Mickey’s.  The word on the street was that they could be going up to $59.99 per adult for lunch and dinner, and also it would become a 2 credit meal.  Honestly if you ask me they wouldn’t be worth it at all if that were true…we’ll see what happens. […]

My question is that if they increase prices and these restaurants go from one credit to two on the meal plan, if you've had reservations for 6 months will you be charged the dining credit increase? We're going the last week if October and if Akershus increases we just won't go. And what about other character buffets, like 1900 Park Fare- will those go up too? If so, there goes half of my ADRs...

Hi Sara, sorry for the late reply but all my messages keep going into the spam folder.. To answer your question, I'm 99% sure you will have to pay the price there at the restaurants when you arrive. The only way our of it would be like if you bought some kind of dinner package ahead of the price increases, like at the Hoopty Doo Revue or something. Otherwise unfortunately that's the way their system works. As far as future price increases, Disney will always continue to increase prices but as far as 1900 Park Fare or other character dining experiences, I haven't heard anything. I'll let you know if anything else changes.